This is some of the work I did for the second week of the creature anatomy course I’m taking. Week two was focused on fish, amphibian and reptile anatomy.

I didn’t really have a strong idea for the creature I wanted to design initially so I started to research and explore the animal groups with the hope that during my studying something would spark an Idea.  I focused my attention on fish anatomy first since it’s the area I had the least experience with.  I did my first studies on a few extant species that I could easily find reference for.  I also kept my eye out for anything that caught my attention and might make a good base for a creature.  The goliath tiger fish was one of these.  I really love the big teeth and the sharply curved fins. 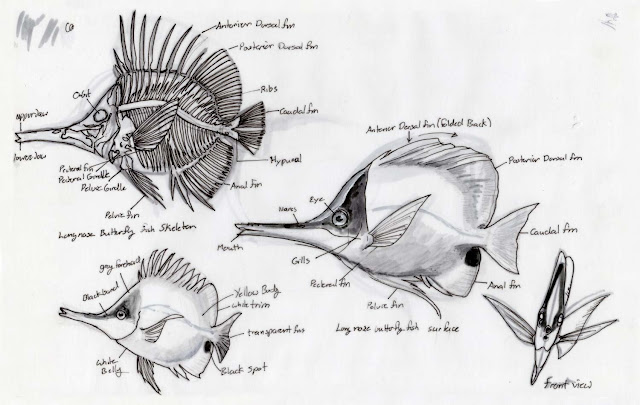 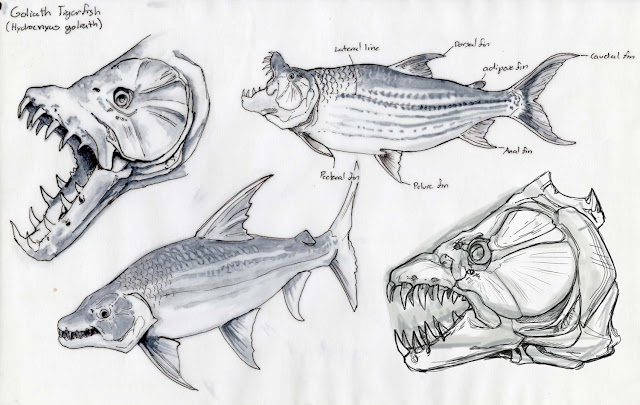 I also did a couple pages of extinct species.  Here are a some studies featuring the ancient lobe finned fish eusthenopteron and and early amphibian capitosaurus. 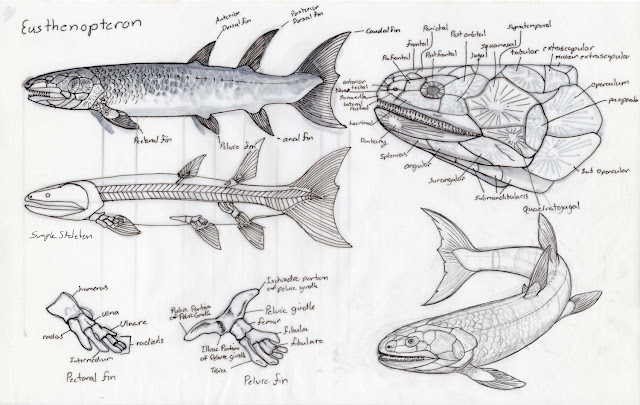 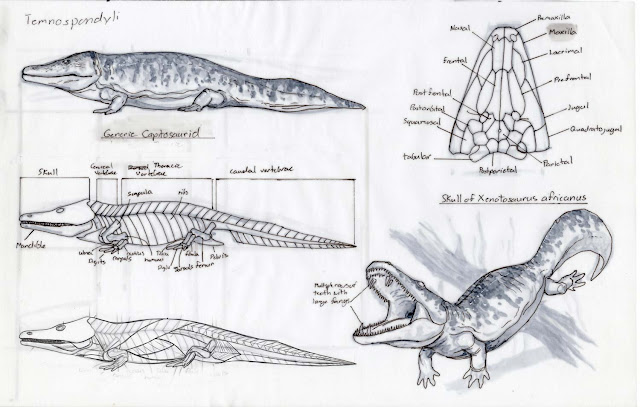 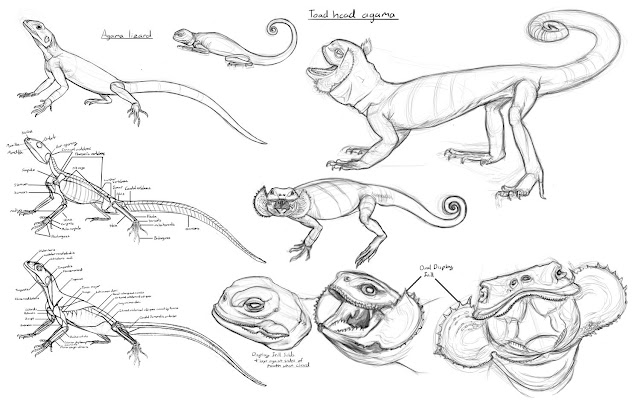 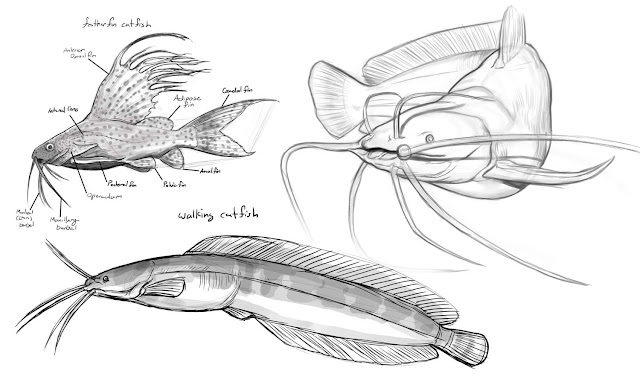 I wanted the final creature design to incorporate elements form all three animal groups.  I also wanted to push the story telling in the design, so I spent some time writing a brief natural history for the creature.  I wanted it to be like something you might see in a field guide, just a quick summary explaining a bit about the world it comes from and some details regarding its behavior.  I wish I had time to get a color version and some additional studies of the creature finished. If I can I want to revisit it sometime in the future to flesh things out even more. 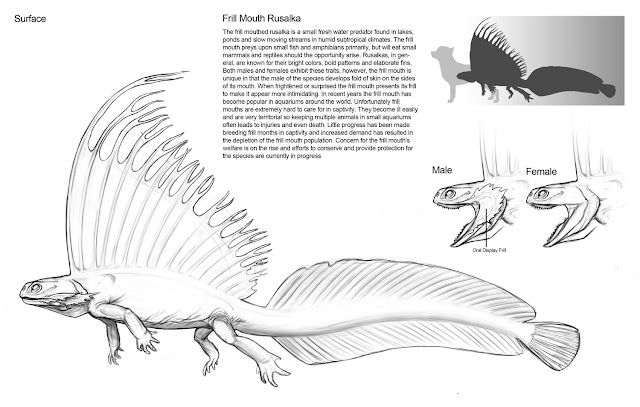 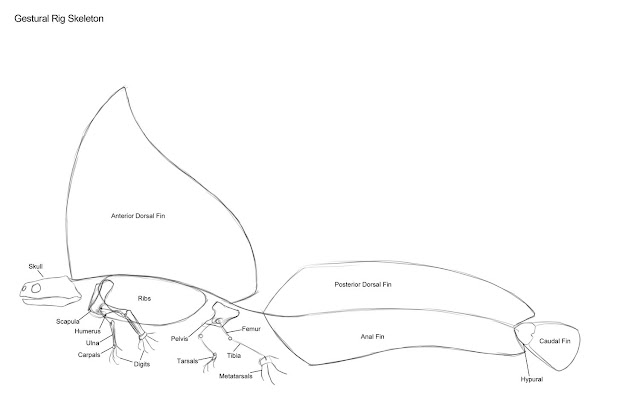 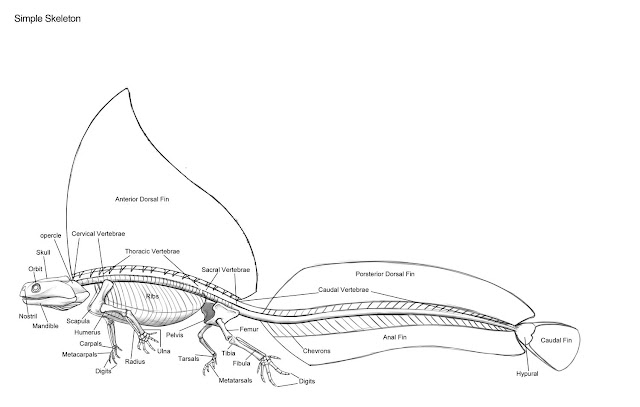 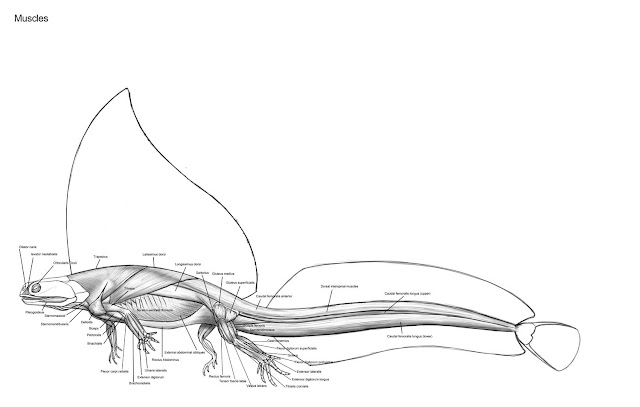