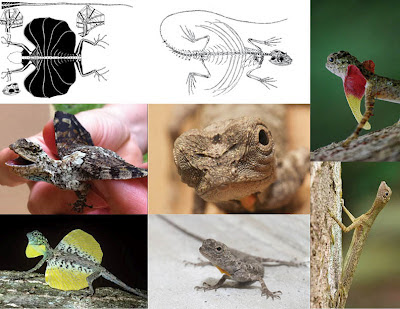 So these are a collection of photo references for and upcoming challenge.  The basic goal is to pick a species of exotic lizard and model it as accurately as possible.  The species I settled upon is this Draco Lizard also known as a Flying Dragon.  The images I've collected depict multiple subspecies of Draco Lizards. I haven't figured out which species specifically I would like to sculpt.   The Draco Lizards are fairly small insectivores  measuring only about 8 inches in length.  The genus Draco is represented by 41 species and is found in forests ranging from India, Southern China, The Maylay Peninsula, Sumatra, Java, Borneo, Sulawesi, The Philippines, Malukus and Timor.  The most unique characteristic of the Draco Lizard is without a doubt the their winglike membranes that flare out in bright colors and intricate patterns from their sides.  Though they are called Flying Dragons these lizards can't actually fly, rather they glide from tree to tree.  They can however, obtain some lift during their glides.  Distances of up to 60m have been recorded over which the animal looses only about 10m in height. 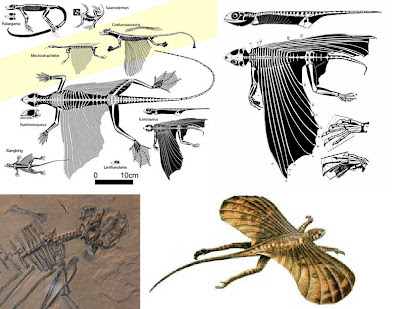 This guy is Icarosaurus its an extinct genus of  Kuehneosaurid reptile from the Late Triassic.  It's closely related to lizards and tuataras.  It was a small animal only about four inches in length from the skull to the hips.  Much like the Draco Lizard it was able to glide using wings supported by highly elongated ribs covered in skin.  My plan is to use the information I gain from studying the living Draco Lizard to accurately reconstruct this lizard. 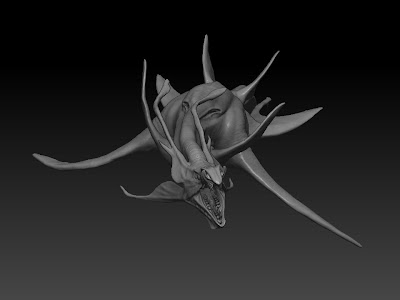 Posted by Raul Ramos at 7:54 PM No comments: 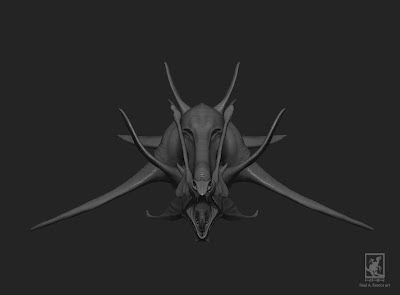 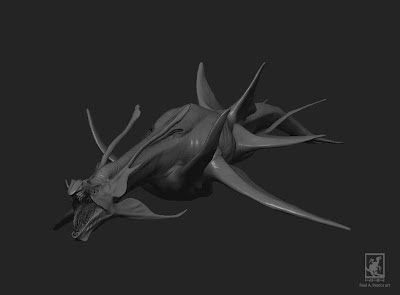 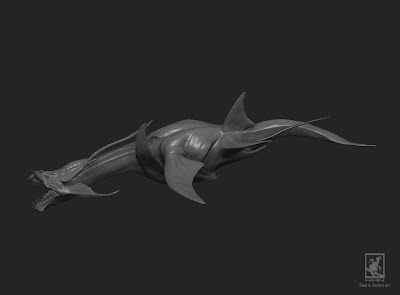 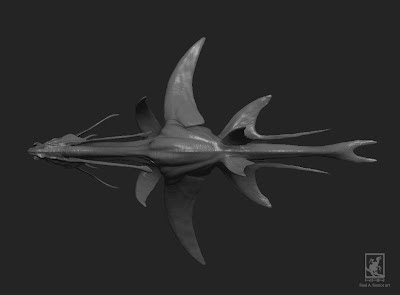 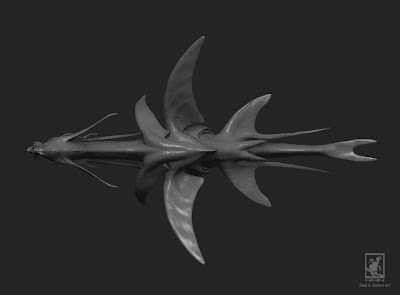 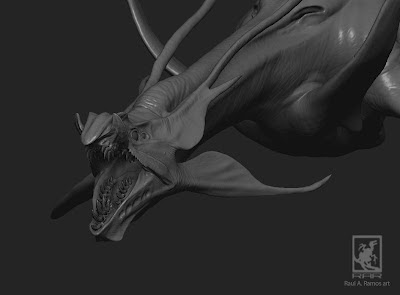 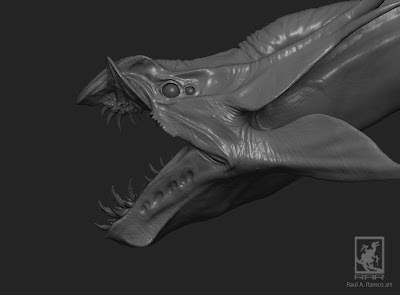 Just an update of my creature sculpt for CG Hubs Pandora Creature 3D challenge.  I've placed all of his teeth in along with his eyes, refined the overall forms of the body and added some surface detail.