I've been taking a course on creature anatomy and design for the past few weeks. It's been keeping me pretty busy.  The class is being taught by Terryl Whitlatch and focuses heavily on observing and learning the anatomy of existing animals. This knowledge is applied to creatures constructed from imagination. These are some of the sketches and studies I did for the first week of the course.

We started with human anatomy as a base. It's been a while since I've studied any human anatomy so I was definitely feeling rusty. I chose to draw the character in a crawling position to make comparisons between the human and animal anatomy easier. 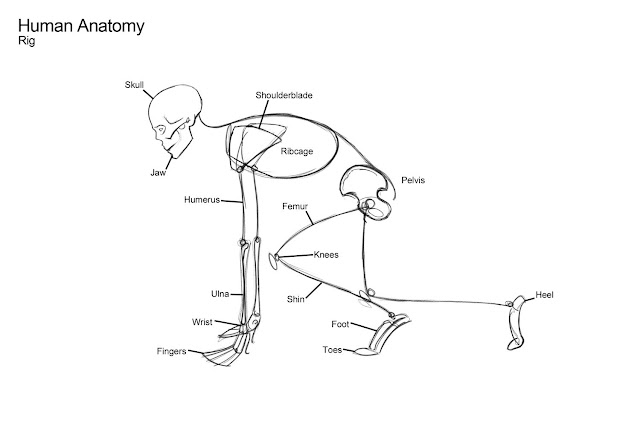 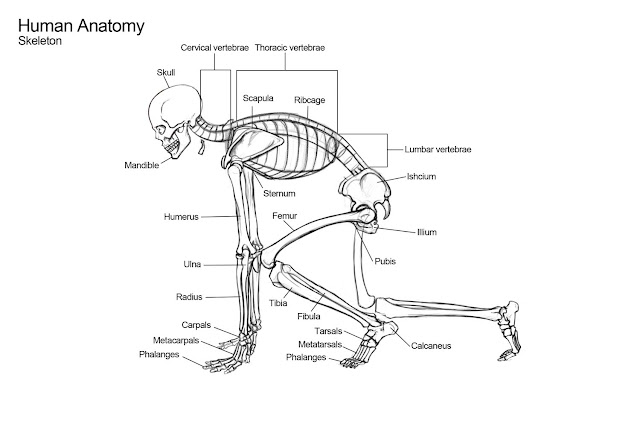 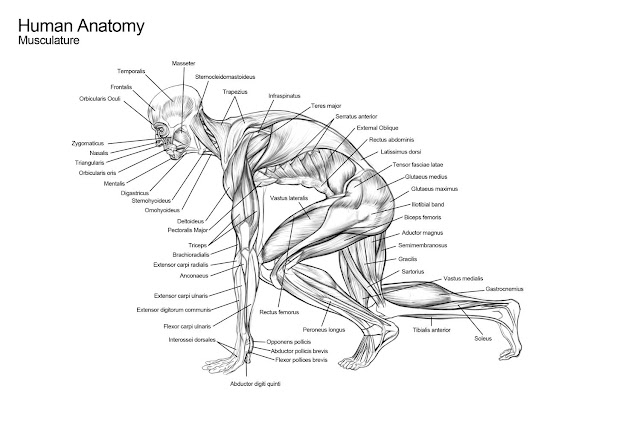 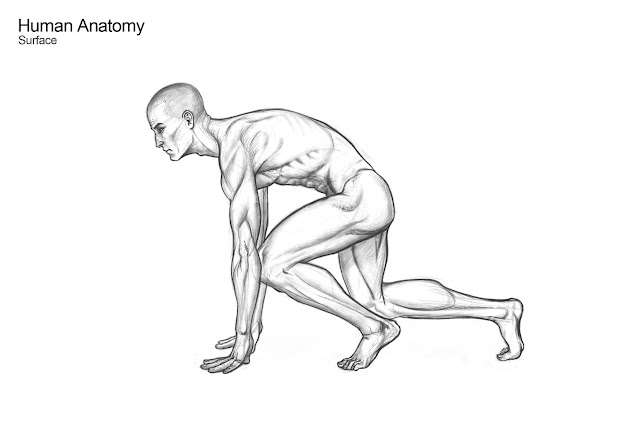 We started to familiarize ourselves with animal anatomy by designing a basic quadrupedal creature.  We were able to use any tetrapod as a basis for the design, but I didn't want to get ahead by using any of the animal groups we'd be covering in future lessons. I decided to combine features from primitive mammals and reptiles.  The end result has a strong resemblance to prehistoric synapsids/therapsids.  After realizing this I went ahead an incorporated some characteristics from those groups as well. 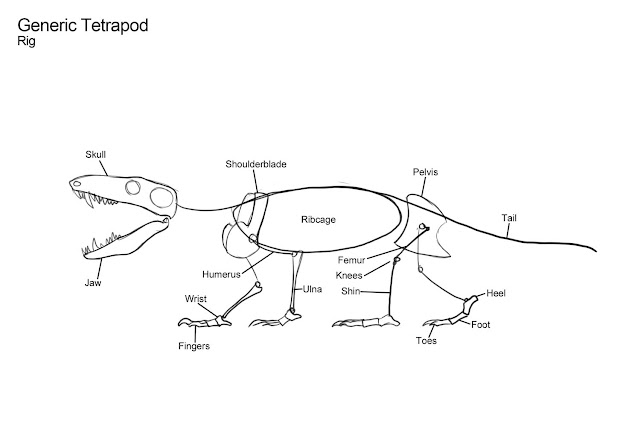 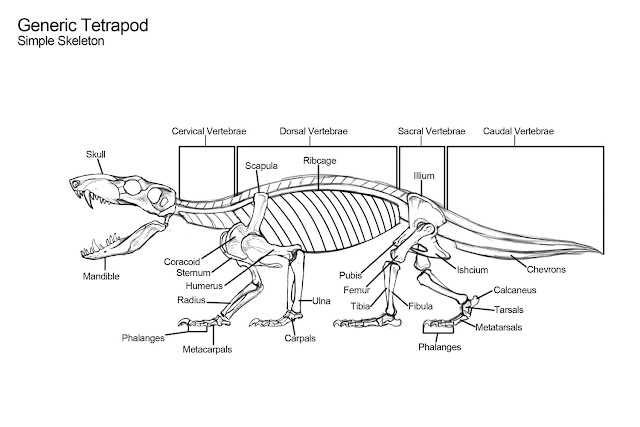 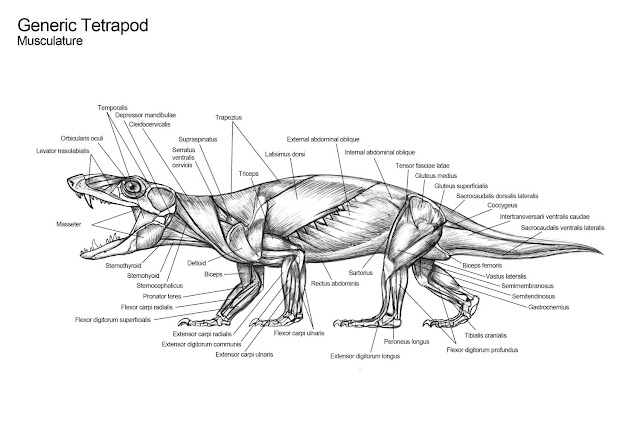 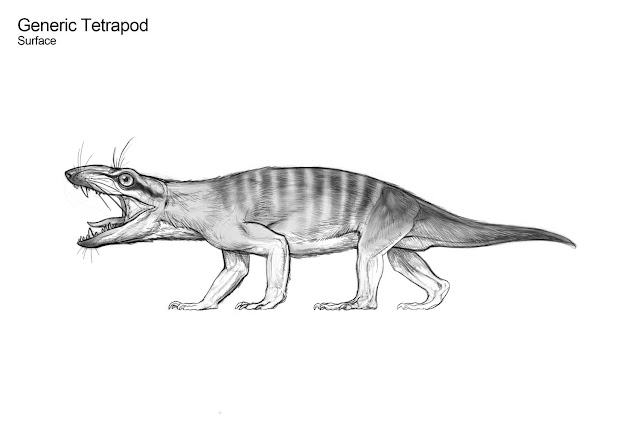 We moved on to a hybrid creature that combined human anatomy and a quadruped of our choice. I had a hard time narrowing down my selection, but I finally chose to use a spotted hyena to create a human hyena hybrid.  Below you can see some examples of the reference sheets I create with Kuadro, a very simple program I use to manage a lot of my reference images.  These are just a couple I created from images I've been collecting online.  I also used several human and animal anatomy books I keep in my library at home. 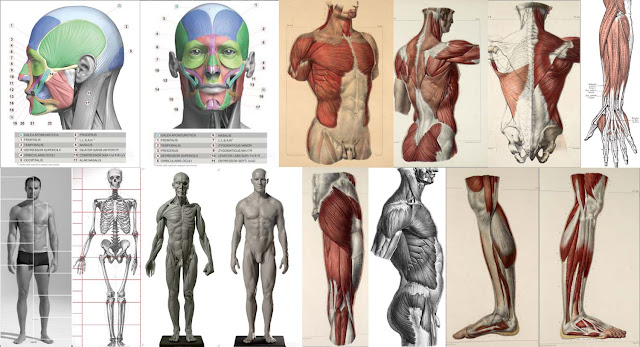 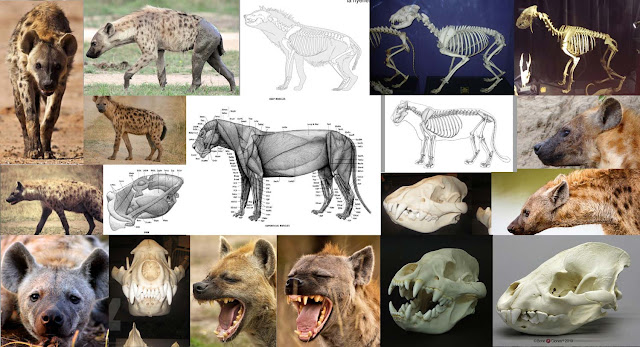 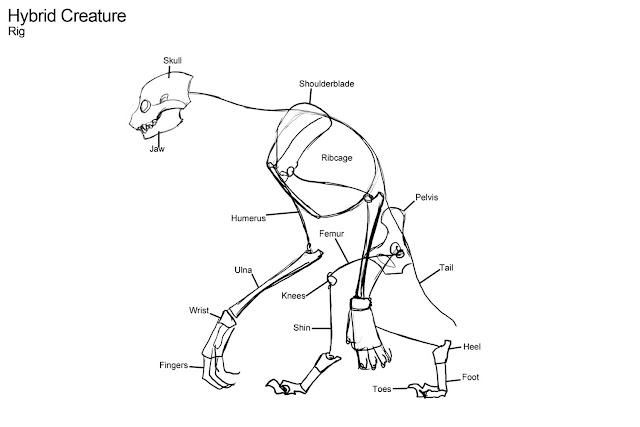 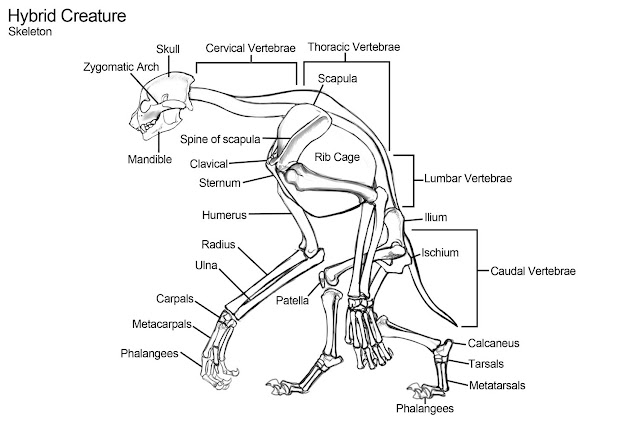 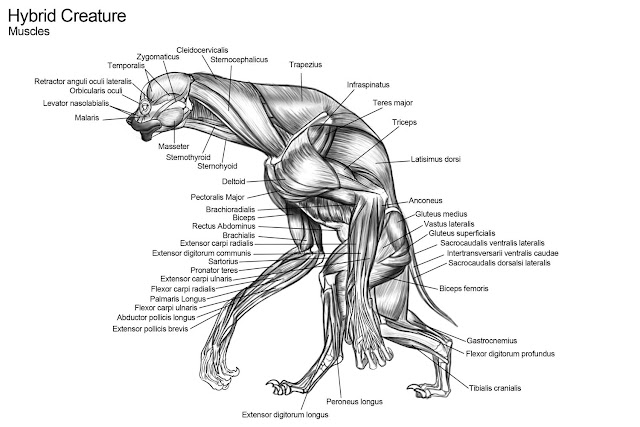 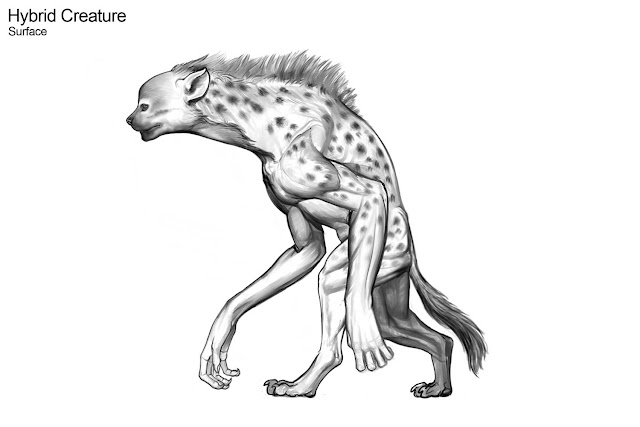 I'll try and post up as many of my studies and designs from the course as I can .  I've only been in the class for a couple of weeks and I've already accumulated a lot of them.  However, preparations for CTN are beginning to pick up so finding time to process all of these sketches and post them is becoming a challenge.